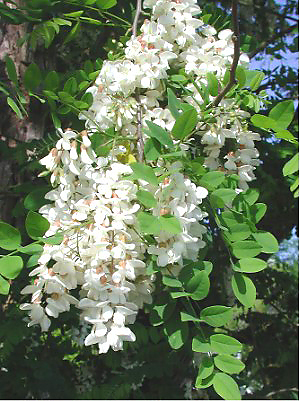 From Wikipedia, the free encyclopedia

Robinia pseudoacacia, commonly known in its native territory as black locust, is a medium-sized deciduous tree native to the southeastern United States, but it has been widely planted and naturalized elsewhere in temperate North America, Europe, Southern Africa and Asia and is considered an invasive species in some areas.

I have always felt a connection to this tree, as it grew (proliferated!) on a sunshine-filled hillside on a property I once owned.  I went there often to meditate, and enjoy the peace and solitude.  Although this tree is considered an invasive species, and has a somewhat uninviting name, I went against basic business marketing principles, and named my business Black Locust Consultations anyway.  Why, you ask?  Because I asked my Akashic Records and they agreed it was a fine name. 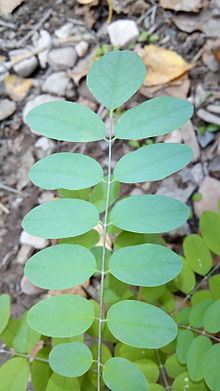 The dark blue-green compound leaves with a contrasting lighter underside give this tree a beautiful appearance in the wind and contribute to its grace.